Virtually all sporting activity was suspended in Britain during the 1914-18 war and the tragic loss of many athletes that most clubs and societies struggled to resume their operations in peacetime. It took until June 1920 for the efforts of Sparkes and PJB Cresswell to bear fruit and in that month the club meeting from the 20 or so former members who could be gathered. The first after the war. Cambray became the first post-war President and Cresswell the Secretary.

One of the early concerns of the club in those days was the attempt by Surrey AC to organise a section in Essex. As far as can be established, this was in part due to a man who-managed a shirt factory at Stratford. One of his team which would win the London Business Houses Championships, and in the process swell the ranks of the Surrey club. Vowles recruited staff nationwide and apparently gave priority to established runners. One product of this recruitment route was George Constable, a Somerset champion, who went on to run 10,000 yards for Britain in the Amsterdam Olympics. Constable and some of the others recruited by Vowles trained regularly with the Beagles and became second claim members of the club.

But this local competition and the establishment of Ilford Athletic Club in 1923 did nothing to- stop the Beagles' membership climbing to around the 200 mark by 1928. One factor in this growth was the setting up in IOZS of a branch to cater for the interest in Dagenham and other local areas. This was a wise move. The building of the London County Council Becontree housing estate was already underway and this was substantially completed by the late 1930's.

Many young people growing up on the estate could not afford to travel to the Stratford/Forest Gate area for training a few times a week, so there was a steady flow of new members into the club during the inter-war years. Perhaps the most famous Dagenham recruit during these years was a certain James Peters, the London Federation of Boys Clubs champion. The 17 year old former Grafton school boy was invited to join the Beagles by Sam Filer, a Beagles committee man, who was impressed by Peters' success in winning the Boys Clubs' mile championship in 1936. The following year Peters won the Essex county junior mile title; but more of him later! 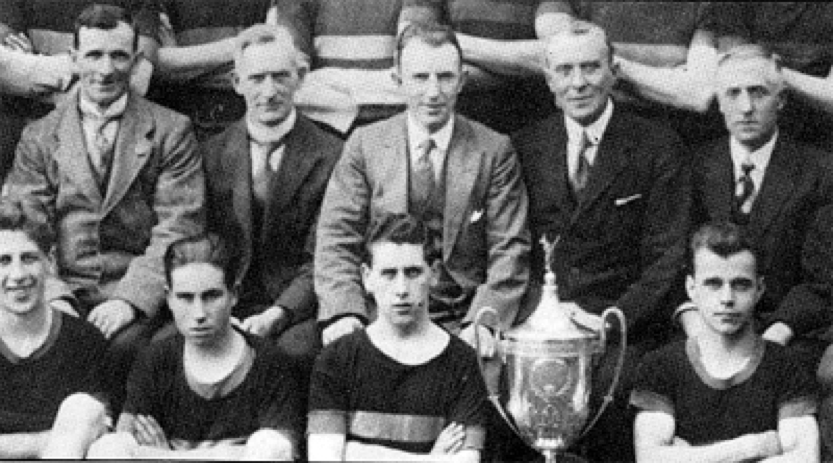 Some Beagles officials from between the wars. From left to right: Harry Sigston, Percy Morris, Fred Bostridge, A. F. Clarke and Joe Bissell

During the 1920's the Beagles achieved some limited successes. The junior team (still using the old definition of junior based on ability) won the junior cross-country championships in 1922, and again the next year when Fred Almond came home first with other Beagles second, third and fourth. There were also placings in the county senior race and again in 1933 and other placings in the North of Thames junior race. J C Dixon, a second claim Beagle whose first loyalty was to Finchley, won the 1921 Essex senior cross country championship and on the track he had carried off both the county half-mile and one mile titles the previous year.

The period may have been one of little success but it was one of high activity. Membership continued to be buoyant around 200 and the club offered an interesting fixture list to cater for members’ needs. In the 1930's, the club took part in the Southern Amateur Athletic League Division III, winning in 1933, and a few years later participated in the Essex league. The emphasis of these leagues bears little resemblance to what we are now used to. There were no field events and all the track events were team competitions, the 4 by 200 yards relay, 4 by 880 yards, 4by 440 yards, the one mile medley relay and the one mile team race making up the programme.

The outstanding clubman during this period was Eddie Sears who joined the Beagles from the Forest Gate Harriers at the end of the 1929 track season. He was the county half-mile champion five times, winning in 1934, 1935 and 1937 to 1939, before the suspension of the championships during the Second World War halted his run of success. Sears returned after the war to carry off the 1948 London mile championship at the age of 38. He still runs today after 57 years of membership.

The inter-war years were significant for the number of talented individuals who passed through into [he administrative ranks, foremost of whom were Fred Fullalove and Arthur Dove. Fred, a former club Chairman who is sadly now confined to hospital, joined the club in June 1923 and is the longest serving club member. He has also given - excellent service to the Essex County AAA. Arthur Dove, a more recent recruit who did not sign up until October L926, has given the Beagles many many years of loyal and efficient service.

Overall the twenties and thirties were an unproductive period for the Beagles, who were trying unsuccessfully to regain their former glory. As a past President, the late Ted Copley noted "only by the inclusion of very inexperienced new members was it possible to enter teams in the various championships. Unfortunately we lacked in numbers and many races were lost because we had four or five good chaps, without the essential backing to ensure victory". 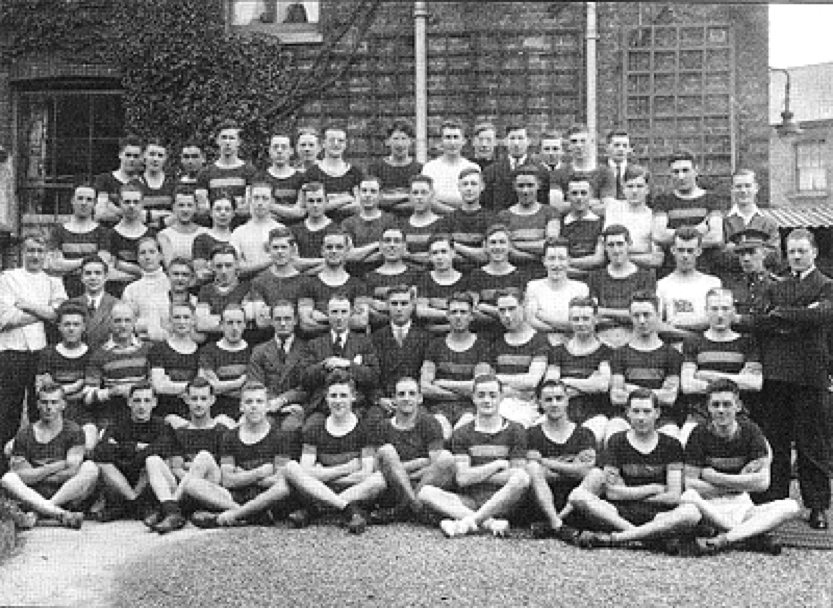 The annual club dinners were often marked by speeches from the older members harking back to those^ early days. After three years of such talk George Deer of neighbouring Ilford A.C._stung those present at the 1932 annual dinner by saying that he was "getting a bit fed up with listening to this. The words may have been badly received but they were well placed: only by looking to the future could the club regain the prominence it had previously known.